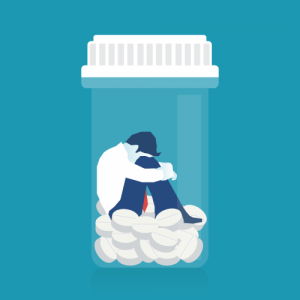 Primary care providers have an increasing role to play in addressing the opioid crisis, but more training is necessary to meet this need. With limited space at specialty treatment centers, primary care clinics can help more patients by adopting office-based opioid treatment, or OBOT.

Providers can learn more at a new training program being offered across the North Carolina Area Health Education Center system. There will be multiple dates and locations across the state, including Greenville on May 1, organized by Mountain AHEC and taking place at Eastern AHEC.

In 2002, U.S. physicians gained the opportunity to treat opioid-addicted patients with buprenorphine in primary care settings, commonly referred to as OBOT. Despite its proven efficacy, less than 10 percent of physicians in the United States have waivers to prescribe buprenorphine (many of whom are psychiatrists and addiction specialists located in urban areas), according to program speaker Blake Fagan, MD of Mountain AHEC.

OBOT remains underutilized for a variety of reasons ranging from perception to practical. In addition to the extra training required, some providers may not know the evidence that medication-assisted treatments like OBOT are more effective, Fagan says.

“The detox and abstinence method is ok, but by six months, 90 percent of those patients will be back,” said Fagan. “With medication, around 50-60 percent of patients are still doing well at six months. Obviously OBOT is not perfectly effective, but still, 50 percent is better than 10 percent.”

Many providers are reluctant to offer OBOT because of the increased patient load and fears that these patients may be difficult to deal with.

“The stereotype is that individuals who are candidates for buprenorphine therapy are drug addicts, and with that characterization comes an image of a difficult, demanding patient who is potentially disruptive and may tarnish the reputation of the clinic. The obstacle is a reluctance to change that stereotype – however inaccurate it may be,” said Jonathon Firnhaber, MD, MAEd of the Department of Family Medicine at the Brody School of Medicine at ECU.

“I do think stigma and stereotypes play a bigger role than most providers would like to admit, with them and with their staff,” said Bertha Hambidge, MD, MPH of the Department of Family Medicine at the Brody School of Medicine at ECU. “This is not substituting one addiction for another. While there is a slight potential for abuse with buprenorphine, you can’t shoot it up or get high. There’s no euphoria or altered mental state. People on this medication are generally ‘good patients’ who want to move on with their lives.”

Research has found that individuals with opioid use disorder are more willing to enter primary care settings than specialty treatment centers, suggesting a growing need for primary care providers to prescribe buprenorphine, especially those practicing in rural areas, Fagan notes.

“Patients like it better for several reasons,” Fagan said. “They can see their same doctor, no one else knows why they’re there, and they can get other issues taken care of on the same visit.”

In addition to limiting new opioid prescriptions, providers can be more pro-active, says Firnhaber. “In reality, buprenorphine brings the treatment of opioid dependence to the level of other medical problems – hypertension, diabetes, etc. – that are effectively treated every day in the primary care setting.”

The OBOT training is a practical one that will address logistical issues and real-world scenarios, according to Fagan. The training is divided into two concurrent programs, one for those who prescribe, and one for all other team members including nurses, administrative staff, and mental health professionals.

It is important for providers to have a well-trained team, said Firnhaber. “There are very few chronic conditions (if any) that are best treated by a physician working in a vacuum. Opioid dependence is a particularly good example of a condition that must be a team effort to ensure success.”

Ultimately, this training is a great way to begin conversations with both colleagues and patients, Hambidge noted.

If providers are still unsure about prescribing buprenorphine, Fagan encourages them to attend the training to learn more. Providers who obtain the waiver are not obligated to use it, and it never expires, so they could always begin prescribing at a later date.

“Only 11 percent of individuals with an opioid use disorder are able to find a provider who can help them,” Fagan says. “We need to train as many current primary care providers as we can to meet this overwhelming need.”

While these May 1 programs will be located at Eastern AHEC in Greenville, please note registration is through Mountain AHEC.

For the third year since its inception, the North Carolina Nurses Association’s (NCNA) Leadership Academy has accepted a Charlotte AHEC nurse to participate in their program. Kathryn Fitzpatrick, MSN, APRN,…...