Part of the 4 ½-mile-long road leading to Christine Robertson’s 150-year-old homestead in Saluda was paved two years ago; the rest is still dirt. After taking care of her mother for 12 years and living with a sister for two more, Robertson moved into this old farmhouse in the town she’s called home for 38 years. The 56-year-old has chronic obstructive pulmonary disease and Type 2 diabetes; she doesn’t have insurance, a car or enough money generally. And for her, the challenges of accessing health care stretch far beyond her half-paved road.

“There’s a lot of people who live on this road who are just as poor as I am, and with just as poor health. But folks don’t understand how hard it is to get help out here,” she shares. “People don’t have gas money to come and get me, take me to the doctor and bring me back home — and I don’t have enough money for taxi fare, because that’s $44 one way.”

She sighs, then adds, “It’s hard not living in a big city.”

It’s hard for her physician, Dr. Geoffrey Jones, too. According to the 2010 census, he points out, nearly 20 percent of Americans — and roughly 36 percent of North Carolinians — live in rural areas (those with populations under 50,000). Yet only 9 percent of the nation’s physicians provide care to those folks, the U.S. Health Resources and Services Administration reports.

“In cities, you may not be able to [see] the doctor, but there is a doctor. You may not have access because you don’t have insurance, but there are plenty of doctors per capita,” he explains.

Jones, whose practice is based at the Hendersonville Family Health Center, also cites the not-so-pastoral reality of rural life: lower incomes, geographic isolation and an older population, more of whom are underinsured or uninsured. “People come into our practices with advanced disease because they haven’t, for whatever reason, gone to a doctor in forever. And ideally, part of what we do is prevention.”

But offsetting those obstacles, notes Jones, is the fact that, “In rural areas, both providers and patients are tough.”

According to the federal health agency’s widely accepted ratio, every geographic area, whether urban or rural, should have at least one primary care physician for every 3,500 people. But achieving that ratio in rural Western North Carolina isn’t easy.

“Any physician can only see and deal effectively with so many patients in a given day or week,” says Don Dalton of the North Carolina Hospital Association. “And when you have weaknesses in primary care, then you have a problem getting people the access and care management they need to stay as healthy as they possibly can.”

The local situation reflects a broader problem that’s not limited to primary care. In the next decade, the Association of American Medical Colleges’ Center for Workforce Studies projects a nationwide shortage of 45,000 primary care physicians and 46,000 surgeons and specialists. A 2007 task force organized by the N.C. Institute of Medicine found North Carolina facing the same problem, due to such factors as population growth, aging patients and providers, and the resulting increase in chronic diseases.

Specialist shortages also hit harder in rural areas, notes Dr. Barry Bodie, a urologist at McDowell Hospital in Marion. “We don’t have the large number of cardiologists, pulmonologists, infectious disease people, medical oncologists. So you have to assume more of the burden of care than you normally would.”

Typically, says Dalton, “When people don’t have a primary care physician to turn to, they end up in community hospital emergency rooms. … But that’s seldom the most efficient, cost-effective way to treat things that could otherwise be treated in a doctor’s office,” he explains.

On two separate occasions when Robertson says her symptoms felt like “somebody was just strangling me,” she went to Pardee Hospital’s emergency department to use a breathing machine — care the Saluda resident says she’s thankful she can now receive at Jones’ office. And at Mission Hospital, the region’s only level II trauma center, 76 percent of all emergency department visitors in fiscal year 2012 were treated and sent home; only 20 percent were admitted for further services. 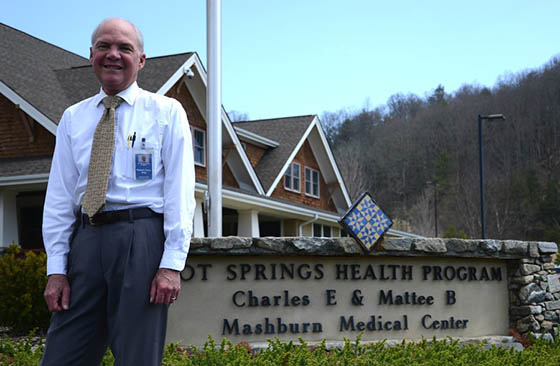 Thirty minutes north of Asheville, the terrain morphs from humble hills into a jumble of jagged ridges and steep, forested slopes — and the physician shortage disappears from view.

“Since we don’t have a hospital and we don’t have any specialty practices, basically, we’re it,” says Robert Ford, executive director of the Hot Springs Health Program. With a mix of physicians and midlevel providers such as nurse practitioners, the nonprofit operates four medical centers strategically placed throughout the county’s 449 square miles to serve its roughly 20,000 residents.

“This is a model about giving the community what it needs,” Ford explains, pointing out the Marshall, Hot Springs, Laurel Township and Mars Hill centers on a map in his office. “This is not the model you would run if you were all about saving money.”

But money wasn’t the project’s motivation to begin with, he continues. “Madison County has been a problem-solving community for a long time, and when the community decided 42 years ago that they needed some health care resources, particularly on the western side of the county, they didn’t go say to somebody, ‘You’ve got to fix this.’ They said, ‘We have to fix this.’ It’s pretty hard to stray from your mission when you’ve got community-based people [on the board] saying we need to do a better job with fill-in-the-blank. That’s helped us shape the program in such a fashion that it does a good job of meeting the community’s needs.”

For example, the four centers are open 7 a.m. to 7 p.m., seven days a week. Together, they receive about 40,000 patient visits a year, plus another 10,000 through the program’s hospice and home care services, Ford estimates.

“Visits are scheduled for 20 minutes,” he explains. “However, the reality is if a patient needs more than that, chances are the provider’s going to stay in there. A lot of times, what looks like it may be a very straightforward visit is not.”

To keep up with patient volume while providing personalized community care, Ford’s project works closely with the Asheville-based Mountain Area Health Education Center to recruit and retain physicians. Eight of the Hot Springs Health’s nine doctors are graduates of MAHEC’s family medicine program, which also has a Hendersonville branch. “It takes a special person to practice primary care in a rural setting,” says Ford. 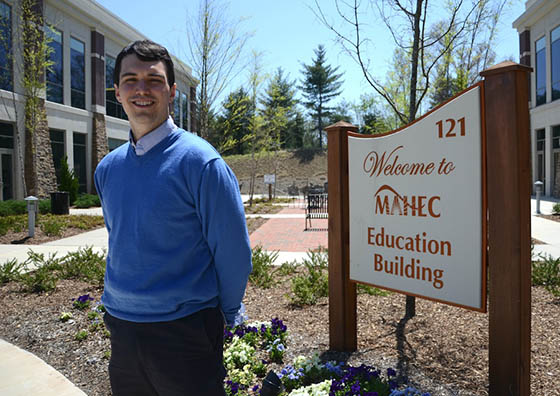 When Geoffrey Jones isn’t seeing patients such as Robertson, he’s teaching residents how to provide cost-effective, personal care in rural settings through his role as director of MAHEC’s Hendersonville program. Currently, 62 percent of family medicine graduates stay and practice in Western North Carolina, MAHEC CEO Jeff Heck reports. “We still have a shortage of primary care providers, but we have a great pipeline, and those graduates go into practice throughout Western North Carolina.”

Still, the local program is fighting an uphill battle against the prevailing attitude among medical students across the country.

One of Jones’ residents, Dr. Grey Tilden, remembers when he discovered that his peers didn’t share his career aspirations. While giving a presentation during his first year of medical school at the University of Alabama, Tilden asked his classmates, “How many of you are planning on becoming a specialist?”

“I think just about every hand was raised,” he recalls. “At that point, I knew the odds were stacked against me.”

That hasn’t changed. In a 2012 survey of 14,112 first-year U.S. medical students by the Association of American Medical Colleges, only 2.9 percent said they planned to work in a rural area or small town after completing their training.

But Tilden persisted, despite attempts to discourage him. “It motivated me, and I think family medicine does attract a bit of the maverick personality,” he observes. “There’s a general misconception that practicing rural medicine is not as sophisticated — that as a physician, you’re not using the very latest and greatest. But I think that oversells the science and undersells the art of medicine.”

With MAHEC’s help and financial assistance from the Lake Lure Town Council, Tilden plans to open a primary care facility in the isolated rural community next year. In a letter to Heck, Lake Lure Mayor Bob Keith wrote: “For the past several years, leaders of the Town of Lake Lure have worked to attract additional health services to our area. We have one family practitioner who is nearing retirement and have many unmet medical needs.” In its first year of operation, the new practice is expected to attract more than 1,000 patients and receive 2,034 visits, MAHEC projects.

But the real key to building a successful practice in a rural area, Tilden maintains, goes beyond such measures as patient volume or even quality of care. “It’s so much about the relationship with the patient,” he says. “You really want to say, ‘I’m part of this community and I’m serving this community, and we’re all making this progress as it relates to the health, the economic development and the quality of life of this community.’” 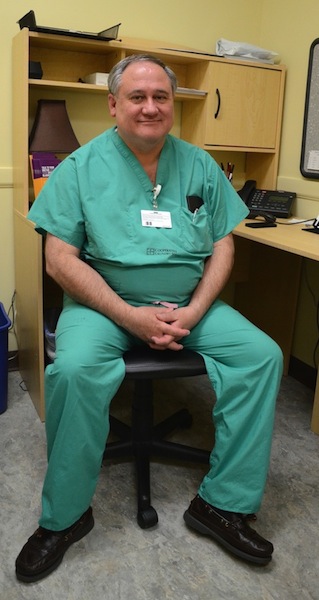 Building those kinds of authentic relationships is one aspect of rural health care that hasn’t changed since doctors first began hanging up a shingle in obscure little towns where they would forever be known simply as “Doc.”

“I spend a lot of time going to see people at their houses and talking to them. In doing so, I learn a whole lot more about them that helps me provide care for them down the line,” Bodie reveals. “It’s a lot easier for me to go and see them and take care of them at home than it is for them to get here. A lot of them depend on their kids, but their kids have to get off work and find time to come in here. It’s inconvenient. They may not have the greatest mobility in the world, and they may not have the money to come in here.”

Residents in MAHEC’s rural family medicine track, notes Jones, must conduct at least one home visit. Besides gaining a better understanding of the patient’s environment and how it affects the kind of care that’s recommended, he continues, rural doctors can accomplish something far more profound.

“People live far away, and when you take the time to actually go out there and try to influence somebody’s behavior to try and quit smoking or pay attention to their diet, they’ve got to trust you,” Jones emphasizes. “They’ve got to feel like you’re on their side, and going to their home is a really amazing way to create that bond.”

Robertson agrees, saying that her interactions with Jones make her feel “like I’m not just another number.”

“He does care. If he didn’t, he wouldn’t stay on me about my diabetes and taking care of myself,” she says. “There’s no doubt in my mind if I call him right now, if he could, he’d be here.”

Those moments, says Jones, are what make a rural practice rewarding, despite the many challenges. “What we offer is personalized care. My patients know if they’re in the hospital, I’m going to see them. They know if they’re going to have a baby, I’m going to do everything in my power to deliver them. It’s the idea that you can still be a country doctor.” 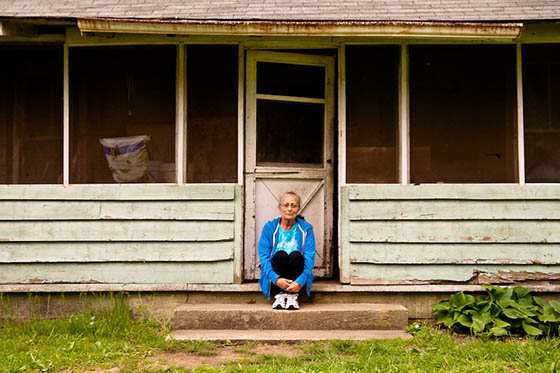 Photos of Christine Robertson by Max Cooper. Others by Caitlin Byrd. Graphics by Nathanael Roney.